As with all stories, HIMYM is winding down to a close. And as with many, many other stories, it’s taking its sweet time getting there.

This week’s episode was about Gary Blauman, some guy Barney and Marshall used to work with. He shows up at the wedding unannounced, ’cause his invite got lost in the mail or something, and Robin delegates the task of finding a seat for him to Marshall.

Aside from all the awesome Roosevelt trivia (did you know he had asthma as a kid and then thought, “Well, that’s silly; let’s show asthma who’s boss,” and then friggin’ exercised until he didn’t have asthma anymore?), it’s kind of a silly episode that ends up just being one of those “end of an ’80s movie” montages: showing where some of the background characters ended up, which really just serves to bring back a few of our favourite characters and wrap up their stories in funny and occasionally touching ways (although Kevin and Jeanette was frankly hella depressing). 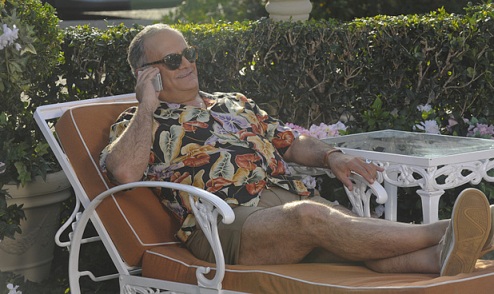 This was quite possibly the best moment of the entire episode,
although I’m uncomfortable by how intriguing those tight shorts are.

But there were two parts of this episode that, in spite of all the silliness (not to mention pointlessness), stood out to me. First, there’s Robin, who’s changed out of her Canucks jersey and is in her wedding dress. And she is freaking right the heck out about a single unplanned-for guest. Judging by some of the promos I’ve seen, it looks like recent events didn’t even cover the traditional bridal meltdown that Robin’s headed for.

And second, there’s the framing device for this episode. The Wednesday after the wedding, Ted is on his first date with The Mother after (true to his word back in season 4 in “The Three Days’ Rule”) calling her right away. They walk down to a Scottish-Mexican fusion restaurant (don’t even ask) and decide to keep on walking, and the whole time Ted is telling the Gary Blauman story. But along the way, The Mother sees Louis, the ex-boyfriend who proposed to her just a few days earlier. Hiding from him behind a van, she says she’s not ready to date just yet.

Ted concludes the story by saying that people, whether they’re Ranjeet or Carl from McLaren’s or Kevin or Jeanette or Blahblah (whose real name is Carol) or Gary Blauman, will walk in and out of our lives. And even if they’re important to us, there’s still a pretty good chance we’ll never see them again. Ted walks The Mother home, preparing to let another great girl–the girl–slip through his fingers. But that’s when his luck changes, because The Mother decides she’s not ready for Ted to walk out of her life. She lays a pretty fantastic-looking kiss on him, starting a relationship that defines the rest of Ted’s life.

And that’s the real effect of the world’s Gary Blaumans. They aren’t particularly noticeable, and they only make a few guest appearances on the grand stage to give us a few laughs. But if we look deeper, we see that the people in the background are the ones who set events in motion. It’s a spilled drink by a stranger that prompts a guy to ask out a girl. It’s a cabbie in a hurry that forces a woman to get into the next cab with a handsome man or risk being late. It’s a guy who showed up at a wedding and became a story, a story with an ending that prompted a woman to hold onto a guy she just met because she suspected he might be something special.

You might be a Ted. You might be a Gary Blauman. But whether you’re the leading man or a probably-gay Roosevelt enthusiast who shows up for three or four episodes in nine seasons, everyone has their part to play. It’s entirely possible you’ll never find out what that part is. But it’s nice to be reminded every now and then that, even if you don’t feel you’re particularly special or like anyone wants you around, you could end up changing someone’s life. 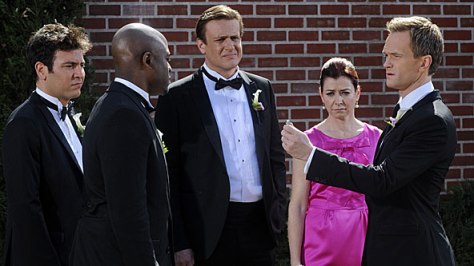 Or I could be completely pulling this out of my butt to justify an overall weak episode. Up to you.

<<Previous Episode: “Daisy”
Next Episode: “The End of the Aisle”>>