So first of all, some site news — GOO Reviews is going on hiatus for retooling.

We’re looking at a website redesign (don’t worry, we still don’t know enough coding to go beyond just picking a different template), a change in our grading scale, some structural alterations to our review format, and a bunch of other improvements we haven’t really thought through because we’re such big fans of overpromising and underdelivering.

We’ll be back in August, but in the meantime, here’s my reaction to the just-released Batman v Superman: Dawn of Justice Comic-Con trailer.   END_OF_DOCUMENT_TOKEN_TO_BE_REPLACED

Say hi to your mom for me 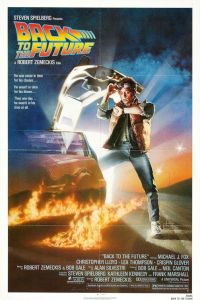 It’s the thirtieth anniversary of Back to the Future!

It was July 3, 1985 when Back to the Future first hit theatres, literally just over thirty years ago, and not only does that mean we’ve finally reached the year its sequel travelled forward to, with its flying cars and hoverboards and rehydrated pizzas, it also means that we’ve travelled as far forward in time since its release as Marty McFly travelled back in time to 1955 to ensure his own existence and re-emergence into an improved 1985 timeline.

Is that important? Does that mean anything? Did that sentence even make any real sense? It doesn’t matter. I don’t, uh… I’m gonna start over. END_OF_DOCUMENT_TOKEN_TO_BE_REPLACED