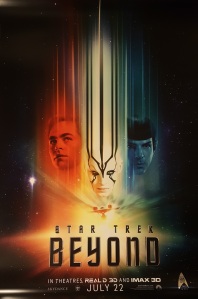 We’ve been pretty fond of J.J. Abrams’ rebooted Star Trek here at GOO Reviews, with 2009’s Star Trek, the first entry in what’s now officially known as the Kelvin Timeline, still a standout favourite among the many movies we’ve covered here. Generally well received by critics and fans, it’s the movie that revitalized Star Trek as a viable franchise after it had been, more or less, run into the ground, its last ongoing series, Enterprise, not even airing on a major network as it eked out four seasons-worth of episodes to an audience that had long been growing tired and apathetic towards the whole… well, enterprise (and let’s not even get started on that opening theme song). END_OF_DOCUMENT_TOKEN_TO_BE_REPLACED 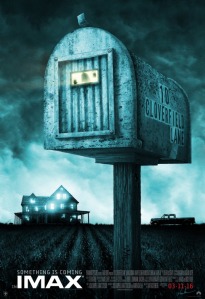 The original Cloverfield was a movie that I was extremely excited about, mostly because of its great marketing campaign. Remember, this was arguably the point in Internet history just before it would become such a significant part of our daily lives, only months before the iPhone would be connected to high-speed mobile networks, but there were still hints all over the Internet of what Cloverfield was, with cryptic websites about the odd novelties and [evil?] corporations in and around the movie, and even social media pages of people who lived inside of the Cloverfield universe. END_OF_DOCUMENT_TOKEN_TO_BE_REPLACED

Stop me if you’ve heard this one before 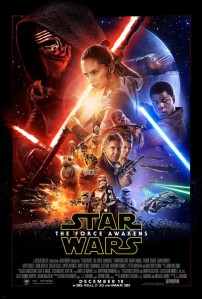 I don’t get Star Wars. I mean, I get it, it’s not like there’s some abstraction that makes it hard to interpret or understand, and I can see how it’s vast array of post-movie product offerings — toys, books, clothing, ornaments, lifestyle accessories — have allowed it to become such a big deal, but I don’t get why it’s become such an all-consuming behemoth of an intellectual property or why it’s managed to gain fan warship at a level and with a reach so far in excess of any other franchise that doesn’t count the Bible or Dianetics amongst its works. END_OF_DOCUMENT_TOKEN_TO_BE_REPLACED

by Grace Crawford and Thom Yee 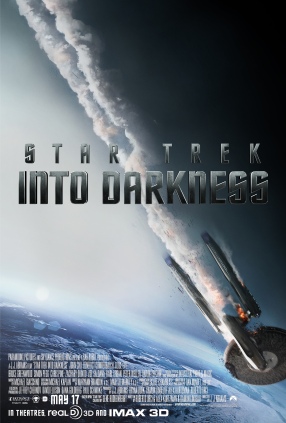 Grace: I try not to remember a lot about my childhood—not for any emotionally crippling reasons, but because I had short hair and John Lennon glasses and small children would ask me if I was a boy or a girl—but there are a few things that stick out to me. A tree in my backyard. A pink-and-blue plastic play kitchen. Reading books by a nightlight long after I was supposed to be asleep. And just a ridiculous amount of Star Trek.

My stepfather was a big fan, my mother supported him, and my brother got into it with such enthusiasm that he had doodles of the Enterprise all over his school binders. All of this meant that I, the odd one out—my sister was too young to notice or care what we watched—had to sit through endless hours of Star Trek or spend the evening staring at the walls in my room. Which were white. And boring. So I picked the option that at least had colour.

END_OF_DOCUMENT_TOKEN_TO_BE_REPLACED 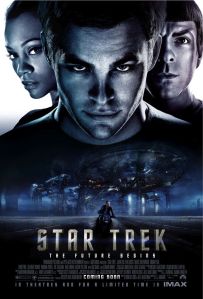 J.J. Abrams’ Star Trek is my second favourite movie of all time and is constantly vying for first place. I say that as somebody who grew up neither a Trekkie nor Trekker, without much thought towards Star Trek vs. Star Wars, and with no real opinion of Kirk or Picard. Unlike generations of fans who grew up on the show and became engineers because of Scotty, cold, logical scientists because of Spock, or fan fiction writers because they’re losers, I watched some Star Trek (but only a bit) simply because it wasn’t usually bad and my dad watched it. But — through The Original Series, The Next Generation, Deep Space Nine, and whatever else followed — I never really liked any of it. Before the summer of 2009, when I thought about Star Trek in general, I mostly thought of cramped, sparsely decorated sets, boring protocol, and older men using strained metaphors, talking about prime directives and like that.