So there were still problems in Russia after Rocky beat up Ivan Drago?  What about that speech he gave?! 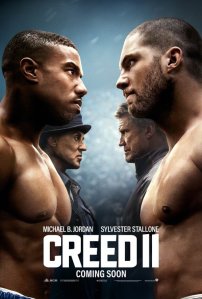 Odds are pretty good that if you’ve seen Rocky IV that it’s not a movie you hold in particularly high regard intellectually.  It’s probably not a movie you view as the dumbest movie you’ve ever seen, nor would you likely have had very high expectations of it in the first place, particularly as it was the fourth part, but still, there was something dumb enough about it that called for some sort of vocal remark.  Rocky IV, in which our titular hero avenges the death of his friend, mentor, and former rival Apollo Creed, and, in so doing, also solves the communist problem once and for all (ONCE AND FOR ALL!), is definitely the tone-deaf, adopted second cousin, mutant freak installment of the series, the one that stands out from the rest like a sore, swollen, badly in-need-of-cutting boxer’s eye.  It’s maudlin and overdramatic and yet made up of scenes with very little dramatic impact, and most of those scenes are punctuated with incredibly ham-fisted revelries at their end.  What I think really pushes the movie fully over the edge and off the cliff of stupidity, though, is the speech Rocky gives at the end, after winning over the hostile Russian crowd by beating up the bad guy/Russian mascot Ivan Drago, where he suggests that if he [Rocky] can change and they [the Russians in attendance] can change, then EVERYBODY CAN CHANGE!!  It’s not so much that the moment comes off as both under-considered and monumentally naïve (and it does!) or that you disagree with the sentiment (and you might!) as much as it’s the incredulity of the suggestion that Rocky IV, after everything you’ve just witnessed, is a movie that might have had a point.  That, to me, is what makes that final message so laughable. END_OF_DOCUMENT_TOKEN_TO_BE_REPLACED 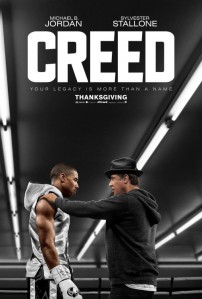 The Rocky movies are beloved by many, many people, across a wide variety of generations, ethnicities, and socioeconomic backgrounds. Speaking to an essential part of our shared human experience of fear, self-doubt, and our hope to one day just have a chance at success, they’re also one of the few series of movies that manage to transcend film itself with two statues erected in the character’s honour that can be visited in real life in Philadelphia and the Philadelphia Museum of Art steps the character runs up during his early training also acting as an important tourist destination for the city. But, as with a lot of movie series, the first was the best and it told a strong enough and self-contained enough story that not only can you easily argue against the first Rocky needing a sequel, it’s pretty easy to argue that every one after the first takes place in an entirely different universe. END_OF_DOCUMENT_TOKEN_TO_BE_REPLACED