Revenge is a dish best served with super-cool action style 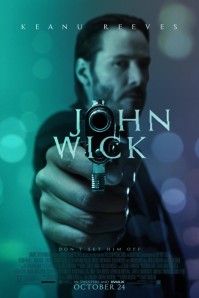 What if somebody snuck into your home… killed your wife and kids? You wouldn’t be okay with it and you wouldn’t adjust to it. You wouldn’t want to see the killer brought to justice, you’d want to kill them with your bare hands. Brutally, slowly, dramatically, maybe carried out over the course of days as you kept the killer just this side of death, begging you to just let him die. You’d want revenge. It wouldn’t be good or right or fair. But it would feel so. F*cking. Good.

That’s basically John Wick. Only replace the word “wife” with “dog” and the word “kids” with “stole your car”.

For a number of reasons, I was fairly certain that I was never going to see John Wick. I’m at an age where I can directly remember movies like Speed and Johnny Mnemonic, and I can also directly remember never wanting to see those movies. END_OF_DOCUMENT_TOKEN_TO_BE_REPLACED 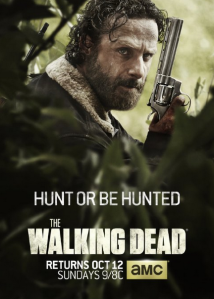 Possibly for the first time ever, we begin the latest episode of The Walking Dead with three separate storylines, each of which are stories that most viewers would actually wanted to follow. We’ve got our group’s hospital infiltration, Beth and Carol’s continuing adventures in the hospital, and Abraham’s road trip (plus the usual “Carl isn’t old enough to come along” sidestory). Of the three, Abraham’s group draws the short straw, where the only even mildly notable things that happen are some minor character development for Rosita, some fishing, the discovery of a yo-yo, and Tara further exposing her terrible sense of humour (more from her apparent lack of wit than the Gallows direction she’s trying to take). I’m starting to feel a little guilty for how hard I’ve come down on Beth, mostly because Tara also deserves a fair amount of that animosity if not the majority. What a horrible, useless addition to the group. END_OF_DOCUMENT_TOKEN_TO_BE_REPLACED

I am not satisfied with my care 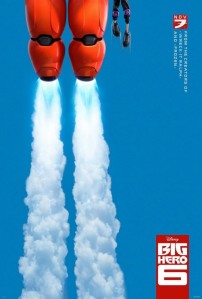 Would it surprise you to know that, like most anything else of cultural importance, I knew about Big Hero 6 before most anyone else and far before this year’s movie? That I can track the team’s origins way, way back to the first mini-series the heroes ever appeared in in 1998? END_OF_DOCUMENT_TOKEN_TO_BE_REPLACED

As much as I’ve disliked Beth in the past, as much as I’ve thought that her strongest contributions to the show have been somewhere between peripheral and outright unnecessary, and as much as I’d hoped her kidnapping (and the ensuing apathy of the characters affected by it) would prove to be permanent, at least she’s given our heroes something to do.

In “Consumed”, we catch up with Carol and Daryl, who were previously in hot pursuit of the same car that Daryl saw after Beth’s kidnapping. At the same time, we’re filled in on some of what Carol’s been doing away from Rick and company ever since she was kicked out of the prison, including… I guess all we really see is her holing up in a building for a while. Carol’s flashbacks, though relevant to the story at hand, don’t fill in much of her missing time (which, who knows, might only be like two weeks in story time), and I actually would’ve liked to see more. END_OF_DOCUMENT_TOKEN_TO_BE_REPLACED

My apologies to Matt Damon 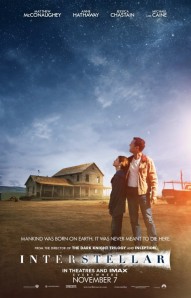 If you didn’t see Interstellar this past weekend, that wouldn’t be a huge surprise. Interstellar’s opening was obviously never going to compare to Nolan’s Dark Knight trilogy $100 million plus openings (because no Batman), but even compared to Nolan’s overtly intellectual Inception, Interstellar pulled in about $15 million fewer dollars. END_OF_DOCUMENT_TOKEN_TO_BE_REPLACED

For a variety of reasons, including the Governor’s story being overly drawn out — which I maintain ruined the pacing and development of a lot of different parts of the show last season — Abraham’s group has been pretty underserved so far.  Beyond the mission, we don’t really know what’s going on with them, what’s motivating them, or who they are under the surface. Abraham’s incredibly militaristic; Eugene’s improbably anti-social; Rosita’s impossibly hot. That’s been about all there was to them up until this episode.

“Self Help” represents a fairly important turning point in the whole cure storyline that’s been percolating (and going nowhere) ever since we were introduced to the Abraham trio.

END_OF_DOCUMENT_TOKEN_TO_BE_REPLACED

film review, The Book of Life, The book of Life review 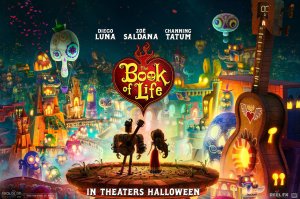 All Images belong to Reel FX and 20th Century Fox

As a young teen, I was absolutely in love with Halloween, which eventually led me to research its origins and try to discover similar holidays. It was during one of these fateful Wikipedia searches that I learned about the Day of the Dead. Thus, to understand the movie I’m about to review, I’m going to give the unaware a basic idea of what the Day of the Dead is about.

Mostly celebrated in Mexico and regions with high Hispanic populations, the Day of the Dead is a holiday about remembrance. END_OF_DOCUMENT_TOKEN_TO_BE_REPLACED

Remember that time we went back to the future to rescue Peter Petrelli’s time-displaced girlfriend, Caitlin? Or when those giant praying mantis eggs finally hatched and took over Sunnydale? Or when we finally found out what was going on with Walt’s psychic powers? Like it or not, there are just some plot points that prove to be such dead weight or way too difficult to solve or so disruptive to the rhythm of a TV series that they’re completely dropped lest they bring all the positive momentum the show has since gained to a screeching narrative halt.

Also known as this week’s “Slabtown.”

A whole hour of Beth.