Who’s up for Shamrock Shakes? 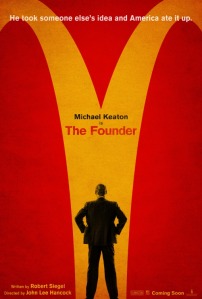 The Founder images courtesy of The Weinstein Company

I remember this one time when I was a kid and McDonald’s was selling their hamburgers on promotion for something like 25 cents a piece. This was the ‘90s mind you, well before the days of McCafé or McDonald’s salads, well after the days of the McDLT, and probably around if not just before the all-too-brief age of McDonald’s’ pizzas, so it was right in the heart of when we knew how bad fast food was for us, but hey, where else were we gonna eat (plus we always ordered the Diet Coke, so whatevs)? And the place was just packed. People were buying the maximum number of hamburgers, ten at a time, and getting their friends to come in with them to order more, as if there were some kind of hamburger shortage, as if they were struggling to feed their tired, hungry, huddled-mass families, as if their very lives depended on it. But who am I to talk; after all, I was there too. I got a McChicken. Man, I miss how good those used to be. END_OF_DOCUMENT_TOKEN_TO_BE_REPLACED 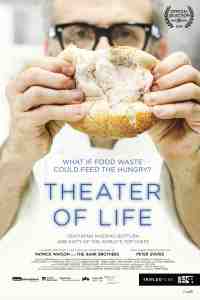 You may think about homelessness on occasion, but, by and large, it’s not typically one of those things we usually consider on a regular basis. In a country like ours, Canada, most of us have the luxury of thinking about homelessness as a hypothetical rather than living it as a reality, contemplating it mostly at certain specific times of the year that encourage charity and caring for your fellow man [like now], but that doesn’t mean it just goes away or stops being a problem when you’re no longer paying attention to it. An extensive 2013 study from the Canadian Homelessness Research Network shows that at least 200,000 Canadians experience homelessness in a year, and at least 30,000 Canadians are homeless on any given night. END_OF_DOCUMENT_TOKEN_TO_BE_REPLACED

After this you should probably get something real to eat 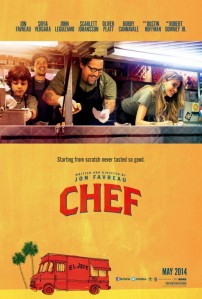 The cult of celebrity chefs may be one of the more peculiar developments of the early 21st century, but it’s a celebrity that’s at least a lot more earned than many of the other celebrities that have risen and fallen over that same time. Rather than trading explicitly in their looks, notoriety or leaked nudes, the celebrity chef must use his implicitly earned skills, often developed over years of a culinary schooling several times more difficult and demanding than your common business or dental schools (though who am I to talk, all I ever learned in school is how to write things down I hope make me seem thoughtful or clever).

However, it’s also true that the chefs for whom celebrity has come most naturally tend to be those who combine some level of photogenic intangibles and an unpredicted twist (e.g., they act crazy and wear sunglasses on the back of their head or… maybe they yell a lot), but there’s also a warmth in their tone and methods, an invitation to a world that’s not so far from our own that lets us all know that these are people often worth respecting, doing something much more worth watching.