If there’s one thing I consider a gift in terms of my writing ability (if I can truly claim to even have such a thing) it’s that I rarely labour for inspiration. I’m not the type of writer who puts off writing until the last minute or stares at a blank page for long, and it usually takes mere minutes of consideration before I can start off in a relatively strong direction. That doesn’t mean that I don’t have to go back and edit or revise or that everything spills out in its final, pristine glory the first go-round (if ever), but if there’s one thing I can usually count on, it’s that I don’t have to wait too long for inspiration to strike.

When the heart rules the head, disaster follows. 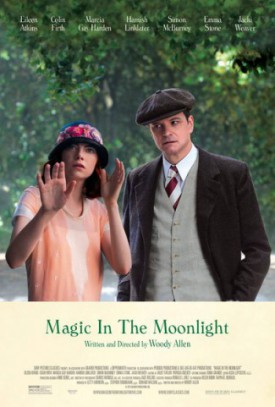 Comparing love to magic isn’t exactly a unique idea, but it’s easy to see the truth in it. It does seem miraculous how you can be reduced to a stammering mess, how clear thinking can become muddled by the smell of another person’s cologne or the flash of a mischievous smile, how your courage disappears when it’s confronted with a face patiently waiting to hear how you feel about the person it belongs to.

But if you look at the trick for long enough, it’s easy for the wonder to vanish. You become so comfortable with the other person that the glossy, shiny pages of your story together start to look wrinkled and dog-eared. You see the person’s flaws so clearly that you wonder how you could have ignored them for so long. Probably one of you has farted in front of the other without bothering to cover it with a cough.

And when we reach that point, it’s also easy to believe that we never loved the other person in the first place. Because we love feeling the magic, and when it’s gone, we start to wonder if it was ever really there at all. And maybe we might start looking for a new source of magic, starting the whole delightful cycle all over again.

END_OF_DOCUMENT_TOKEN_TO_BE_REPLACED

I feel compelled to begin this week’s review by telling you that I drive a Honda — a proper hatchback Civic and the last such hatchback released in North America. It’s fast [relative to Civics], it’s agile [ relative to Civics], and most importantly, for some reason most of the girls I talk to really like it.

Honda is strong in my family. My father drives one. I drive one. My sister drives one. But… my mother drives a Subaru… and I probably would too if I could afford a new car right now.

We’re now at the exact midpoint of Community’s sixth season in what I would call the most disappointing run in series history not referred to as the gas leak year. END_OF_DOCUMENT_TOKEN_TO_BE_REPLACED

“You may need two hands to fight someone, but only one to stab them in the back.” 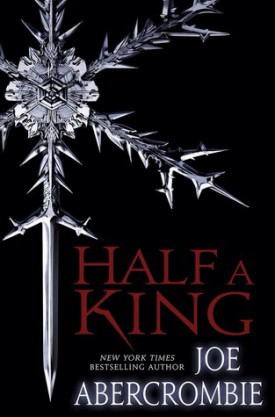 Every so often, I like to wander around Chapters until I find a book that strikes my fancy. These fancy-striking books are usually ones I’ve never heard of, because I like exploring new stories on the off-chance they’re something special.

When I started reading Joe Abercrombie’s Half a King, I was afraid I’d chosen… poorly. True, it was a rollicking fantasy yarn. True, the world was well established and extremely well thought out. True, there was a lot of detail that didn’t seem particularly important but helped add to the realism of it all. But the book wasn’t anything particularly new or special — at least until I reached page 300, at which point all the pieces snapped together.

It was at that point that I realized I’d been reading a completely different book than the one I bought. And it was glorious.

END_OF_DOCUMENT_TOKEN_TO_BE_REPLACED

As has become increasingly common with this year’s batch of Community episodes, the best parts of this week’s “Basic Email Security” come from further exploring the mythos of Greendale and its ersatz “activities committee” nee “study group”. The group tested Annie’s blood for amphetamines because she was “extra jumpy last spring? The group has a betting pool on Frankie’s sexual preferences? Elroy’s being called out for his “House Guest-era Sinbad-esque wardrobe? Garrett had a girlfriend in 2009? And has therefore been attending a community college for at least six years? All gold.

Still not that funny, though.

END_OF_DOCUMENT_TOKEN_TO_BE_REPLACED

This time it ain’t just about being fast.  That’s why it’s not in the title.

I’ve spent the last two weeks of my life immersed… submerged… consumed… by The Fast and the Furious. Last week I watched (and reviewed) every movie in the series, back-to-back, reaching all the way back to the 2001 original, and that’s something I’ve never done before. Sure, a couple of years ago I did the same with Die Hard, but there were only four of those at the time, one of them is one of the greatest movies of all time, and most of them are better (in some cases considerably so) than most of the Fast and Furious movies. But this time… this time it would be six movies, six movies in a series that’s objectively not that great, and at least one of them is widely acknowledged to be terrible.

Six Fast and Furious movies in a row, all roads leading to Furious 7 and this review.

I can say, after all of that, that I’m now fully a fan of the series.

I would say, however, that I’m also now a worse person for having done all of that.

END_OF_DOCUMENT_TOKEN_TO_BE_REPLACED

It was this time last year (and on real, broadcast TV) that we lost Troy in one of the most moving and insightful episodes in Community’s history. Honestly, and as my previous reviews can attest, I loved that first batch of Community season five episodes that represented creator Dan Harmon’s return. Balancing a rebooting of the series and dealing with what was left from season four, in particular Pierce’s Greendale retirement and Troy’s impending departure, they were bursting with the same kind of boundless energy that defined the show at its best and they would give us latter-day favourites like “Basic Intergluteal Numismatics”, one of the series’ best concept episodes and one that gifted pop culture with the Ass Crack Bandit. The show would soon fall off from such great heights with its following episodes, but it was still pretty good throughout the remainder of the season. I for one can’t imagine a world without Meow Meow Beenz or having never seen Sean Connery’s Zardoz.

So far I don’t feel anywhere near the same about season six. END_OF_DOCUMENT_TOKEN_TO_BE_REPLACED

Seven movies is a lot.

That’s like four more than most series usually get.

And really the only thing most people remember about Police Academy is that there were too many of them.

The difference with The Fast and the Furious is that the first three are mostly separate pieces — boots and reboots of a core concept that basically reads, “this is a movie about cars.”   END_OF_DOCUMENT_TOKEN_TO_BE_REPLACED