“Diabolical.”  What a super, super word.

In a lot of ways, the history of our work here at GOO Reviews can be directly mapped against the emergence (and eventual domination) of superhero movies over the last decade.  The very first movie review ever written for this site and the very first review ever published on this site was an Avengers review.  We’ve reviewed every single Marvel Cinematic Universe movie and every other major superhero movie released since then, and sometimes it seems like the only thing that keeps us going is superhero movie reviews.  We’ve watched and reviewed superhero movies good and bad, waxed lyrical and philosophical over their beauty and place in society, and pontificated on the powerful message and principles they have for us in the world we live in today.

All of which is to say that… we’ve probably wasted a lot of time.

Our time and yours. END_OF_DOCUMENT_TOKEN_TO_BE_REPLACED

We’re in the Endgame now

In spite of what others might insist, comicbooks have a great potential for meaning and depth and sometimes even occasional transcendence if met by a receptive audience.  They’re just like any other storytelling medium in that way.  Despite their often garish outer trappings, comicbooks aren’t inherently stupid or immature; not nearly as stupid and immature as the dismissive attitudes that would suggest they must be are anyway.  Like most other stories, comicbook stories tend to speak to the broader thoughts and universal themes we all recognize simply as part of being human.  Superman relates to concepts of power, divinity, and the notion of the foreigner finding their way in a strange new land.  Batman represents a different kind of power, acknowledging our darkest motivations meeting our greatest hopes, no matter how unattainable those hopes might be and how bad they may be for us.  Spider-Man is an everyman, facing the same troubles we all do, but, having learned an important lesson in power and responsibility, is an everyman who uses his gifts as selflessly as possible despite everything it costs him.  Some comicbook characters, though… some of them are just straight-up murderers.  Gifted with exotic murder powers.  Designed by murder artisans who work exclusively in the medium of murder.  Characters like Bullseye, whose power, basically, is to pick anything up and throw it at you, unerringly, in a way that kills you.  He’s our new bad guy in this season of Daredevil.  This time he doesn’t suck.

We’re now more than three years in to Marvel’s Netflix experiment, and in that time it’s become very clear what the Marvel Netflix shows represent, both in the broader scope of the Marvel Cinematic Universe and to us viewers.   For Marvel Studios, these are tales of their Cinematic Universe’s street-level heroes, a part of the MCU but only peripherally so, destined to never directly meet up with or have any impact in the Universe’ big “Battles of New York” or “Sokovia Accords” (to say nothing of their “Infinity Wars”).  For the rest of us, Marvel Netflix is a collection of odd little shows, generally good but rarely great, and, for the most part, not really playing in the same ballpark as any of Netflix’s actually good shows (Stranger Things, American Vandal, Orange is the New Black). END_OF_DOCUMENT_TOKEN_TO_BE_REPLACED

The opposite of binge watching?

It’s been a while since we’ve done a review for a Marvel Netflix show, and while there are a variety of reasons for that (some of which have nothing to do with the shows themselves) there’s really only one that matters:  Most of them aren’t very good.

Cobra Kai Never Say Die!  Is that right?  I might be getting my beloved ‘80s references mixed up.

I have a weird relationship with The Karate Kid.  I mean, I’m mostly a ’90s kid, but I was born in the ’80s, a child of two worlds one might say (if one were being intentionally overdramatic), so even though it may have taken until the ‘90s for me to get to them, many of the biggest properties of the ’80s still managed to have a significant influence on my life.  In fact, four of my all-time top five favourite movies — Big Trouble in Little China, Die Hard, Back to the Future, and Transformers the Movie — are properties firmly planted in the ’80s.  And that’s not something I planned, I only just realized that as I began to write that last sentence, but 1984’s The Karate Kid was definitely a movie that never sat quite right with me, and there are two reasons for that. END_OF_DOCUMENT_TOKEN_TO_BE_REPLACED

Maybe you should just shoot him!

“Sure, I use a lot of automatic weapons and they have their place in combat.  But I also have gone into my share of combat with a pump shotgun.  The U.S. Marines use a Remington Model 870.  I made great use of several in Vietnam, where I kept a cut-down shotgun close to me at all times.  We’d cut down the barrel to, like 10” and load it up with 00 buckshot.  Because, when ambushed, you might get the piece pointed in the general direction before you pulled the trigger.  But, sometimes that was all that would be needed.  Rapid-fire shot loads have the same effect as machine-gun fire, especially when there’s more than one shotgun.” END_OF_DOCUMENT_TOKEN_TO_BE_REPLACED

This time the danger’s amped up to… twelve? 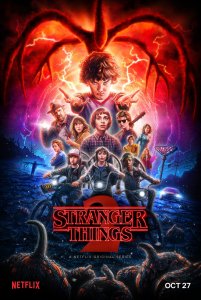 The first time I fully realized that nostalgia was a real and powerful thing and, more importantly, a definite consumer force was in the early 2000s when my mind started drifting back to childhood, I first started to remember how cool the Transformers were, and I went out to buy an anniversary edition of Optimus Prime, a toy I never owned in my youth.  Of course, I’m a little too young to have been there for the beginning of The Transformers, missing out on the show during its original TV run and not seeing (Naziing?) the 1986 movie until the early ‘90s, but I definitely felt its presence in each of its Saturday morning cartoon/toy/commercial successors, from M.A.S.K. to Teenage Mutant Ninja Turtles to COPS.  Remember COPS?  The Central Organization of Police Specialists?  Every cop had some cybernetic gimmick?  “It’s Crime Fighting Time?”  No? END_OF_DOCUMENT_TOKEN_TO_BE_REPLACED

Not even one of you is a genius billionaire playboy philanthropist?

So first of all, I’m not dead.  Also, this site isn’t dead.  But this past August in movies?  So, so dead.  For me, it started with Atomic Blonde, which I decided not to see (I’m not a big John Wick fan anyway).  Then The Dark Tower opened, and I thought I could skip it (like everyone else did).  I was looking forward to The Glass Castle, but who needs to see movies like that when they get reviews like this?  And that’s when I kind of lost it, and what started with not really paying attention soon made its way into a full-on zone out as we didn’t review anything for the whole month of August.  My staff writers kept up with their weekly updates, the loyal little underling/peons/unknowing hostages they are, which meant you had something new to read here every week, but a whole, full-fledged review?  I just couldn’t do it with this year’s late summer movies.  So I didn’t.  But we’re back!  For a few more months at least!  So on to The Defenders.  At least I could watch that from home. END_OF_DOCUMENT_TOKEN_TO_BE_REPLACED