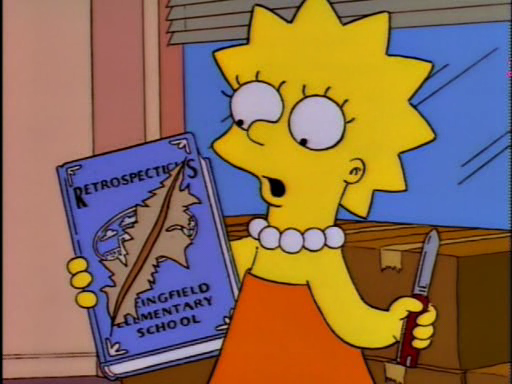 2018 is the year that James Gunn got fired for all the wrong reasons.  2018 is the year that Daredevil got cancelled.  It’s the year that the Saga comicbook went on hiatus, that the Tide Pod Challenge got into gear, that Kanye kept saying things, that normal people learned who Logan Paul is.  2018 is the year that Anthony Bourdain died.  2018 is the year that Aretha Franklin died.  2018 is the year that f*cking Stan Lee died.  2018 is another year where Trump remained in office, which, in some very literal cases, meant that some people died that under normal circumstances, probably wouldn’t have (to say nothing of ‘shouldn’t have’), and while none of us want this blog about movies from an Edmonton perspective to get political, it’s impossible to ignore that a world with Donald Trump as President of the United States is the kind of thing that leaves none of us untouched, and as long as it stays this way there are going to be a lot of things that will keep going wrong in the worst, most evil and selfish and thoughtless and yet stupidest and laziest ways possible.  And for us here at GOO Reviews, that meant 2018 was a year that kind of got away from us in terms of reviews coverage.  For that we apologize, though it’s an apology accompanied with no guarantee that things, on that front, will get better.

On the bright side, though, 2018 is the year that the Disney/Fox deal finally got done.  If you want to be critical, that may not be good news for those working in or trying to get into the entertainment industry (because fewer jobs) and it could be a blow for diversity in the industry (because fewer studios developing properties), but it should, at least, that we’ll get to see Wolverine fighting the Hulk on the big screen like we’ve always wanted.  And maybe no more awful Fantastic Four movies. 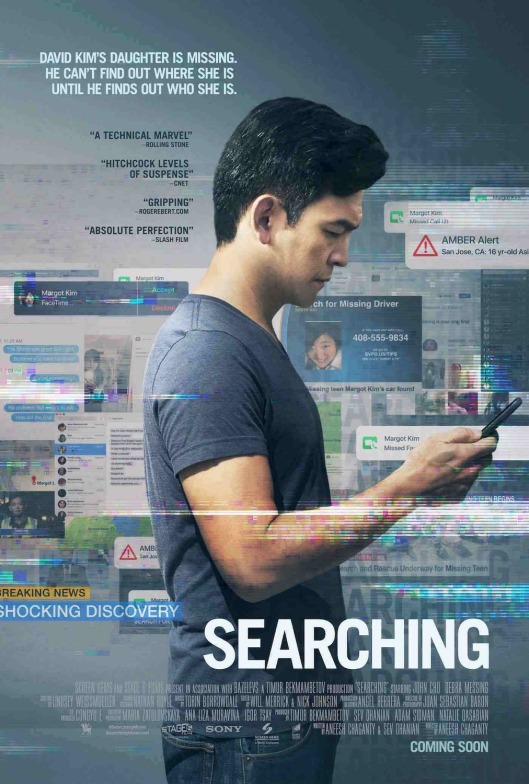 A surprising, taut thriller about the disappearance of a young high school girl and the effect it has on her family.  Told entirely through the perspective of computer screens without ever making that choice feel restrictive or contrived, Searching may not challenge your views on life or contain the sheer profundity of some of 2018’s most acclaimed films, but it was a hell of a lot easier and more fun to watch than most of those were.

Bad Times at the El Royale

A treatise on power, control, the appearance of progress, and the state of the world of the late ‘60s hidden within a twisting, turning thriller set in a once-glorious, now mostly vacant hotel on the California-Nevada border.  Cool and cruel and violent and nobody went to see it.  But you should.

What was expected to be a serious contender for best movie of the year for us here at GOO Reviews instead only made it into our top 10.  Still an honour though.  Some really great, heartfelt stuff and a further study on characters many of us have grown up with and still love, it’s just too bad the star of the movie, Creed himself, comes off as such a self-involved dick.  Read our review >> 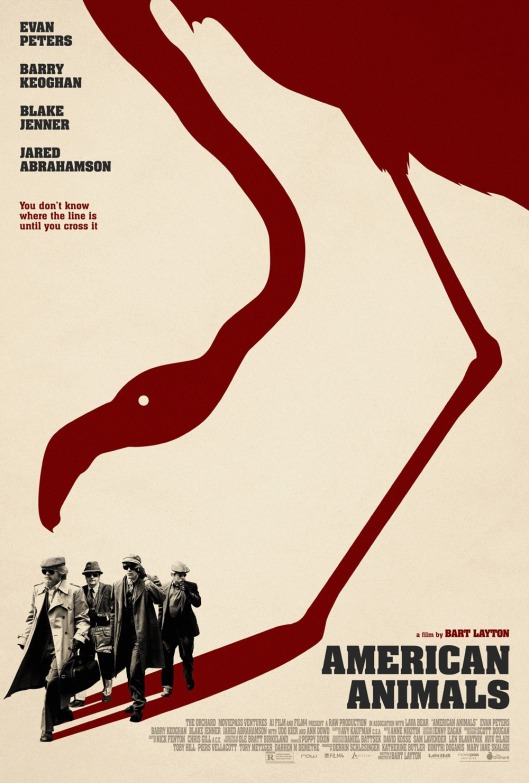 It’s hard for us to totally discount the idea that this movie made the list at least partially because most of you have never heard of it, thus helping to further sustain the stuffy and erudite bearing for which we’ve no doubt become known for, but the fact remains that American Animals, based on the true story of the failed Transylvania University Library heist attempted by four young idiots in Lexington, Kentucky, is a really good movie.  Smart, inventive, but not full of itself, American Animals is that one movie of 2018 you probably missed that we would insist you see.

On the narrative level, Love, Simon is a pretty conventional love story, but in the literal, this John-Hughes-esque story of a young gay man coming out in a world where homosexuality isn’t that unusual is surprisingly affecting and deeply meaningful for showing us how hard something like that still is for its emotional intensity.  And it’s just really, really sweet too. 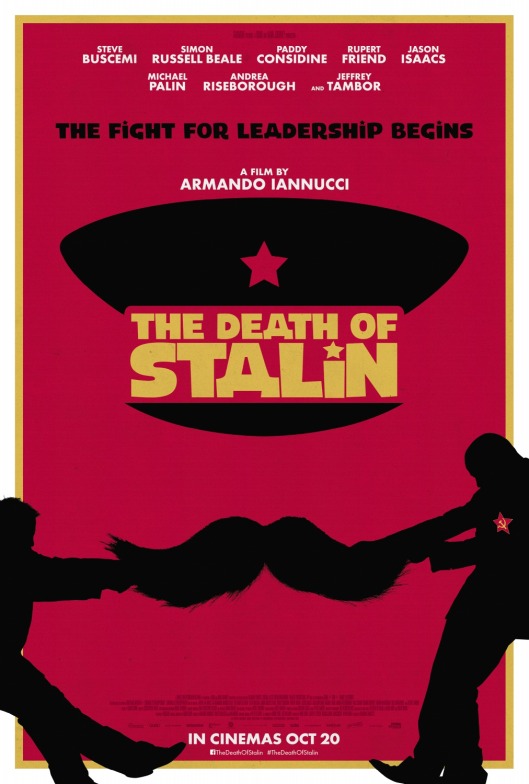 The Death of Stalin

A weirdly great comedy, so much so that while we were laughing at great comedic actors like Steve Buscemi, Michael Palin, and Jeffrey Tambor hamming it up in full American accents, not at all trying to imitate or emulate the historical figures they were supposed to be portraying, it struck us like lightning when it suddenly became clear that The Death of Stalin is a movie that’s also mostly historically accurate.

The most controversial movie for us on this list largely for the internal arguments it caused as to whether or not we should include it.  You see, Bad Genius, a Thai movie loosely based on true life events involving exam cheating on college entrance exams, is technically a 2017 movie, but most of us here Canada side couldn’t see it until 2018.  Ultimately, the fact that it was a really, really good movie unlike most everything else on our list won out and we decided to include it.

Spider-Man:  Into the Spider-Verse

It’s almost impossible for us to express just how good Spider-Man:  Into the Spider-Verse is simply because it’s all so strong and flows so well, so for now, we’ll just put it this way:  For a few days (remember, it only opened in December, well after most of the other movies on this list had solidified their place), it was in serious contention of being our number one movie of the year.  Read our review >>

Just a mean, harsh, sharply edged movie about all sorts of dark thoughts, including cynicism itself, Thoroughbreds is far from a movie we’d recommend far and wide, but this tale of two high-school-aged girls’ conspiracy to kill one of their adopted parents is precisely the sort of movie you’ll love if you’re just the right mix of hateful and immature.  Like we are.

All things considered, Avengers:  Infinity War, as the culmination of 10 years of comicbook-style world-building and storytelling, is an uncommonly, ridiculously, unreasonably good movie, that’s, frankly, better than anything we deserved.  For comicbook nerds like us here at GOO Reviews, Avengers:  Infinity War was so good that it actually made our entire year feel just a little bit better than it probably was.  Read our review >>

Who would have thought things like competent action scenes that aren’t hard to follow, at least some reverence for the source material and respect for the fans who love the property, and at least an attempt at a sincere, heartfelt story could actually result in a good Transformers movie.  While it’s not saying much, Bumblebee is easily the best of the modern Transformers era and a genuinely good movie in its own right.  Review coming soon. 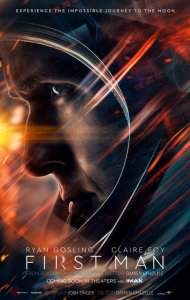 The third movie from acclaimed director Damien Chazelle, First Man didn’t do nearly as well as it was expected to either financially or critically, with a slow-ish pace and a relatively stoic portrayal of astronaut Neil Armstrong and his first flight to the moon, but it was also a deeply emotional film.  Like so deeply emotional you might not catch all of its emotional glory if you weren’t looking for it.  But we caught it. 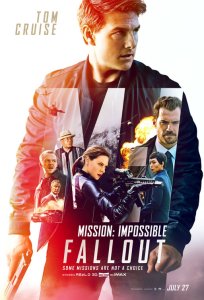 Take out everything good about Jurassic World, which was a movie we mostly hated anyway and never bothered to review, and add in a lot of really boring stuff that added up to nothing and felt ridiculous even for this franchise, and that’s what we got in Fallen Kingdom.

The one 2018 movie we couldn’t sit through

Just horrendously uninspired and boring.  It started off okay, before most of the actual Tomb Raider stuff, but eventually it became a movie we had trouble keeping our eyes open for.  Good thing we didn’t pay to see it then.

The most over-rated movies of 2018

Black Panther is good.  And it’s a little more sophisticated than most superhero movies.  But in our eyes it’s nowhere near Marvel’s best, and with so many outlets and so many people making such a big deal out of it, it’s a movie that eventually made us go nuts.  Read our review >> 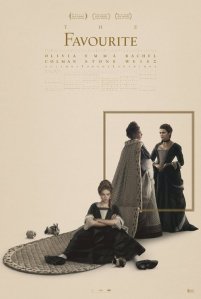 Certainly wasn’t our favourite.  Despite critical acclaim and awards attention, we thought The Favourite was just okay and not the kind of movie most people should casually choose to see, and, in our opinion, it’s easily the worst auteur/savant/weirdo director Yorgos Lanthimos’ biggest works, The Lobster and The Killing of a Sacred Deer being the other two.  That might not seem like a big deal to you, but it’s saying a lot considering you’d probably hate those two movies as well (even if we liked them.

The most under-rated movies of 2018

Sicario:  Day of the Soldado

Divorced of the expectations naturally surrounding the Sicario property, having previously been directed by the critically acclaimed Denis Villeneuve with cinematography by the famed Roger Deakins, this Sicario sequel is a pretty good movie.  Not really great, but certainly good enough to see and not immediately dismiss the way it was this year.

What the hell is everybody’s problem?  I mean, it’s one thing to question the need for a Han Solo origin movie, but to deny this fairly good/very not bad movie of any kind of credit is maddening to those of us who thought Alden Ehrenreich was much better as Han Solo than he had any right to be.  Read our review >>

It’s not that we were excited about the prospect of a Pacific Rim sequel nor did we have much in the way of expectations for one, but I just don’t feel like any good came from seeing it.  Read our review >>

For some reason we had high-ish hopes for Skyscraper (get it, high hopes… because it’s a skyscraper), and while none of us were very surprised that yet another Rock-led action movie didn’t quite turn out, the extent to which this movie has no real redeeming value while simultaneously recalling Die Hard, not only one of the greatest action movies but one of the greatest movies of all time, in some very specific ways made the whole thing an infuriating waste of time.

People have some pretty extreme opinions of Venom, with critics, of course, mostly hating it, but also a pretty dug-in base of fans that think it’s great and maybe just misunderstood.  To us it was mostly just a slight mess of a movie that left us very bored.

The 2018 movies we missed but meant to see

Movies that missed our deadline for Top 10 consideration in 2018

The very decent movies of 2018

And everything else we saw in 2018

At least from an entertainment perspective, 2019 looks very much like it’ll be a banner year.  In 2019, we’ll finally find out who will live and who will really die in the post-Thanos-snap Marvel Universe.   It’s also, almost insanely, the year that we’ll find out the same for Rey, Poe, Finn in the last chapter of the Star Wars saga as well.  And Game of Thrones as well.  In 2019, there’s a chance, however slight, that we might get a satisfying Dark Phoenix movie, a live-action Aladdin and Lion King that aren’t a waste of time, and a giant monsters-fighting-monsters chapter of Godzilla that won’t leave people complaining about not seeing Godzilla.  2019 is the year that Young Justice came back, that True Detective might be back for real, that Stranger Things won’t skip the summer season, and that we might even get some new Rick and Morty.  These are the the sorts of things that dreams are made of (in as far as your dreams involve staring at screens while being continuing to live a mostly sedentary lifestyle), all in one year, and if things land just right, they may just be enough to remind you why life is worth living.