The kangaroo did it 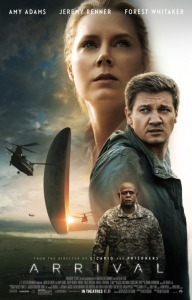 Most people don’t know this about me, but I didn’t grow up speaking English. That might not be a huge, shocking surprise given my Chinese surname and the… let’s go with “inward-looking nature” of my people, nor is it likely a huge stretch of the imagination to then conclude that my first language might have been Chinese. In my  case, it was a dialect of Chinese that you probably wouldn’t even recognize if I specified which (and I’m not going to), and looking back and thinking about my parents, both second-generation Canadians who were more comfortable speaking English (if at all?), it seems like a strange choice for them to have raised me in a Chinese-speaking environment. What I remember most of my first few years speaking Chinese was a great deal of isolation from all of the people I met who spoke English, then a brief a period of transition as I adapted to English and entirely forgot Chinese, followed by a great deal of isolation from the Chinese community of which I was allegedly a part (a feeling that continues to this day). I like to think sometimes that those early experiences with conflicting languages and incompatibilities gave me a unique perspective on grammar and the process with which I put sentences together, but really, I think it was mostly just an experience that made me hate everyone and the world around me.

Arrival is a movie that hinges on the idea that our language shapes the way we see the world, and even if your own personal story of language and how you learned to communicate might have been more straightforward than mine, it still seems like an increasingly sound notion the more you think about it. Of course there are obvious differences in grammatical structure between languages, but there are also bigger, more foundational differences as well, some of which might have implications on how we approach the world around us. What’s that little accent on the top of that ‘é’ mean? How come it goes in a different direction sometimes? Why do your letters look different from mine? What do you mean your language doesn’t have an alphabet? Oh, and that ‘?’ at the end of my sentences? That means it’s a question. You do have questions in your language, right? Your people speak mostly through metaphor? Then this whole paragraph was a waste!

The very idea of establishing a base language with which to converse, communicate, and work together seems astronomically difficult, and in a lot of the ways that count most, it’s something we still don’t do very well, and yet a common set of languages is probably the most important development of our societies (well, that and indoor plumbing). Still, we persist and go on with whatever it is we’re doing in whatever way we’ve deemed best to do it with, alongside and many times even against the more than seven billion other people and nearly seven thousand other languages on this planet, most doing their things in very different ways and in completely different directions. So of course we all hate each other. But I don’t think that’s what Arrival is about.

When 12 extraterrestrial spacecrafts appear suddenly in different locations all across the Earth, the world’s nations gather together their greatest scientists (and linguists!) to discover the nature of these mysterious vessels and establish contact with their inhabitants, among them Americans Louise Banks (Amy Adams) and Ian Donnelly (Jeremy Renner). Though early attempts to communicate with the aliens begin as a cooperative world effort, tensions quickly rise between nations as they each draw their own conclusions on what the aliens seem to be saying.

After Gravity in 2013, Interstellar in 2014, and last year’s The Martian, I was beginning to worry that 2016 might mark the first year in recent memory that we wouldn’t have a great (or at least big) fall space movie, and after seeing Arrival, that worry still stands, because Arrival isn’t at all a space movie despite appearances to the contrary. For one thing, we never once leave Earth in Arrival. For another, of the four, Arrival is the only one with actual aliens in it. And lastly (or at least the last thing I’m going to list here), Arrival is by far the most intimate of all of these movies, and that makes it feel much smaller than what you might be expecting of a movie about 12 space ships of undetermined origins landing on Earth from seemingly out of nowhere causing everybody to go nuts. And so it would seem that only the upcoming Passengers could fill that void, but let’s be honest, that mostly just looks like a movie about impossibly pretty people flirting with each other. In space.

But enough about what Arrival ain’t, you probably want to know more about what it is, and from a film perspective, probably the most important thing it is is the latest movie by director Denis Villeneuve, a Canadian and a Canadian film school graduate whose previous works include Enemy, Prisoners, and last year’s Sicario, all movies known to be great and all movies known to be ones you probably haven’t seen. Hell, I’ve only seen one of them, and I, like, watch movies for part of my living. Anyway, the point is Arrival looks like a good movie, is directed by an acclaimed director, and it’s not that Charlie Sheen movie from 1996.

I’ve twice described some of my favourite movies of this year — Swiss Army Man and Hunt for the Wilderpeople — as movies you might not like, and I think Arrival also fits quite neatly into that category.  Unlike those two, however, Arrival isn’t quite as stylized and it’s nowhere near as deliberately strange. No, the reason you might not like Arrival is because it’s not exciting. It’s not boring, it’s just not an alien movie with a lot of excitement. There aren’t really any action scenes, there’s only one explosion (and it’s pretty minor, though very interesting and actually illustrative of a point), and there’s not really even a marked sense of aggression in the movie at all. In the simplest terms, I would say that Arrival is the anti-Independence Day, and while I liked Independence Day (the first one!), I love Arrival.

Arrival is a small and personal movie about what might plausibly happen if aliens arrived on Earth and how humanity, in its many factions, tends to deal with things that could be become problems.  And when it comes to problems with planetary consequences, you can imagine some of us might not deal that well. We might not all speak the same language or believe the same things, but certainly fear is one of the few things we’re capable of perceiving that transcends most of the other barriers we put between ourselves and each other (and not that stupid love thing that some other movie might have you believe).

I’m not personally someone who feels especially pessimistic about the movie industry, especially not in an era where superhero movies reign supreme (‘cause that’s my peanut butter and jam), but in many ways, Arrival feels like the closest we’re likely to come any time soon to a modern movie about first contact with aliens that’s so focused on science and reality, a movie that leaves enough to the imagination that you can draw your own conclusions and find parts of your own story reflected at least somewhat within. And that’s a good thing. It explores the idea of how difficult it would be to merely establish a common language between two peoples with almost nothing in common other than sentience, and, in so doing, illustrates why none of us can ever really have a shared experience. Co-workers might remember a workplace incident differently despite both of them being there at the same time and place, brothers and sisters are often completely different even though they were raised in the same environment and with the same expectations, once-loving husbands and wives might have entirely different accounts of why they’re getting divorced, and in almost every moment of conflict, we all tend to think we’re the ones who are right. There are shades in our language, shades in our perspectives, and shades in our lives that might not seem like much from the outside but can amount to drastically different results depending on how we perceive key moments and the paths we take as a result of those perceptions. 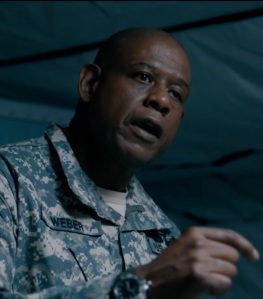 That isn’t to say Arrival is overly smart or ever very confusing or done in a way that’s over a lot of people’s heads, because it’s not, it’s actually pretty simple, but it all comes together in such a rewarding and thoughtful way that it almost seems to hit you over the head with how not stupid it is.  And that’s a profoundly different experience from most of the major movies we see today. That’s why you might come out of it with the sense that it’s a deep and complicated movie when it’s mostly just very measured, even-tempered, highly accomplished, and explicitly not dumb, achieving complex without losing accessibility. It might seem intelligent to point out how difficult it is to ask an alien what it’s doing when its culture might not even have the concept of a question, it might seem astute to point out how easy it is to misinterpret things we’re told, but all of those thing are relatively self-evident given the proper examples. The difference with Arrival is that it lets its examples stand rather than over-explaining them or repeating them ad nauseum. In fact, if you break down some of the actual mechanics of what Amy Adams’ Louise and Jeremy Renner’s Ian are doing, you’ll see Arrival isn’t necessarily even a movie about linguistics (there may even be some flaws in the logic of their linguistic process) rather than a weird sort of wake-up call in which you remember that you most likely have thought about these types of things before, and those thoughts — the kind we have when we’re at our most open and inquisitive — are the types of things that can bring us together if we’re earnest enough to express them right. 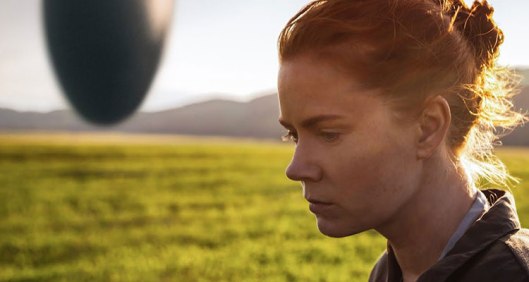 Oh god, I hope they bring back Elvis!

I’ve really only told you about some of the characteristics of and ideas in Arrival, I haven’t even gotten into what the movie is about beyond the obvious and only vaguely hinted at what it eventually becomes. It’s a movie with enough depth to keep you enthralled in a way that feels seamless as it transitions from one idea to the next. It will remind you of what makes us horrible but also of the reasons why we should try to be better in a package that never leaves you with the kind of dissonance between science and emotion that you can’t help but feel from lesser works. It’s dark and muted and introspective in the best possible ways, bordering even on the hypnotic, and it’s actually surprisingly hard to write about without spilling the beans and telling you everything, and so I’ll leave you with this: If you hate what the modern movie landscape seems to have become — an endless parade of sequels and reboots and only the shallowest of storytelling — you should see Arrival. And if you feel differently, you should also see Arrival. I hear it has aliens in it. 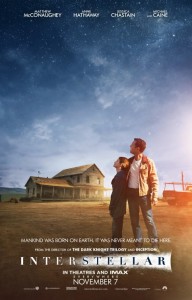