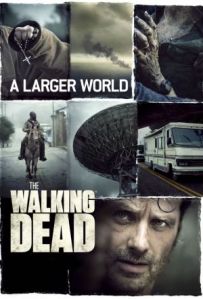 Ever since the “They’re screwing with the wrong people” moment back at Terminus from the end of season four, The Walking Dead has become less a show about Rick and co. surviving the zombie Walker apocalypse and more a show of kill or be killed. With this week’s “Not Tomorrow Yet”, our group has officially become death, destroyer of satellite compounds.

This week, the Saviors make their episode-length debut, and for the moment at least, there’s still not much for our heroes to be afraid of, the Saviors amounting to little more than cannon fodder. If anything, it’s Rick and co. themselves that announce themselves as the bad guys of the story when they decide to pre-emptively raid the Saviors’ base of operations.  It’s a surprisingly unsettling image seeing our heroes now dispatching living people in their sleep in what most people, even at their most charitable, would still have to call murder (though the skull-piercing/brain-stabbing sound effects are unavoidably cartoony), but the show is still quick to show us our heroes are in the right when they remind us of how evil the Saviors are with pictures of previous smashed-head Savior victims all over the walls and their general d*ck-ish behavior. 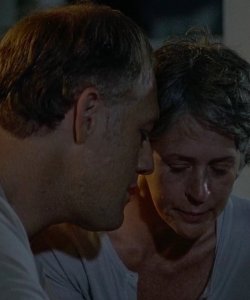 You have nothing to feel guilty about, Carol. I mean, it’s not like your words directly caused the hesitation that led to anyone’s death or anything.

Carol gets the majority of the character work in “Not Tomorrow Yet” after several episodes off, and seeing where she is right now it kind of makes sense that she would have slinked back into the background. Our once indomitable, unflinching survivalist paragon has become somewhat more doubtful of her past actions, perhaps from the guilt she feels after being so harsh with the now-dead Sam (whose grave site she leaves a cookie at), and certainly removed from her formerly resolute belief that killing is the right answer. She seems almost comfortable in her present role as the town mother as Tobin puts it after these last few weeks of relative peace, and it she may even be coming around to Morgan’s beliefs, at least that some lives are precious, even if not her own, even if she’s willing to accept that people like her are damned to protect so that others can remain pure. Though I miss the stone-cold killer Carol, especially with how much we’ll need her now, I think it’s a good turn for the character, and it’s being handled with a subtlety that’s rare for a show like this. Also, Carol gets some this episode, and I for one don’t mind that it’s not the Carol-Daryl moment so many have been shipping. Y’know, for a show about undead zombies, there’s a lot of shipping among its fandom.

You either die a hero or live long enough to see yourself become the villain.

In other news, Abraham breaks up with Rosita, leaving most of us to wonder if there’s anyone who cared about that relationship, Morgan’s moping around, leaving us to wonder if he’s ever going to get another good moment and me to wonder if the showrunners can stick the landing and remind us that they had a point with the character, and, even though it tracks with the Glenn we know, I think all of us were a little surprised to find out that Glenn hasn’t killed a living person until this episode. Really? Not even back at Terminus? Not even back at the fall of the prison? Of all the characters moments in the episode, the ones that stood out most to me were with Father Gabriel, whose priest-with-a-rifle thing is quickly (and I mean quickly) turning him from one of my (and most everyone’s) least favourite to most favourite characters, and Jesus, who’s becoming the hero we deserve and the hero we need right now with his ninja masked “they’re not gonna see me” moments. I’d like to see the character show more of his martial arts side from the comicbooks, but that kind of choreography might be beyond the scope of this show’s directors right now.

Though our heroes make it out of the Saviour satellite compound largely unscathed, we end “Not Tomorrow Yet” with Maggie and Carol, left behind as lookouts, now kidnapped by the Saviours, and though that’s a very real threat to the fabric of Alexandria, I’m surprised by how ambivalent I felt about the entire episode. It’s an episode that posed more real questions than the show is usually capable of and it presented us with a level and type of action that’s hard not to appreciate, but it wasn’t a fun episode, and in some ways that was sort of the point. I could use a few more episodes like “The Next World” with Rick and Daryl as Bo and Luke Duke before the true darkness and loss that we’re all expecting when Negan finally makes his presence known. Still, it was a good episode, I just didn’t care that much this week, but maybe that’s a me thing.

The Walking Dead — “Not Tomorrow Yet” final score 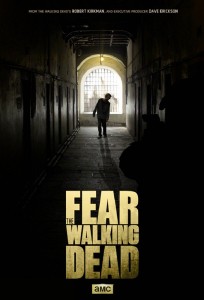