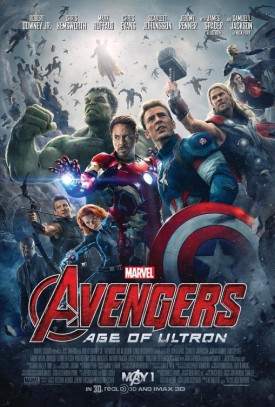 Last week, the sweaty nerds — or one of them, anyway — had their say about Avengers 2: Age of Ultron. It was a review dripping with both sweat and unbridled nerdiness. It was a review jam-packed with self-referential prose about the movie-watching experience, wonderings about the Marvel cinematic universe, and well-thought-out arguments against popular critical positions.

And you should be aware that I, supposedly a normal person, agree with most of it.

I’m gonna skip right over the usual summary I include, mainly because I don’t want to spoil too much for you, dear reader (plus I actually saw it like a week ago and I don’t remember the finer details). Suffice it to say, Tony Stark creates artificial intelligence, it becomes self-aware, and it goes rogue on a mission to destroy the entire world.

Ah, Ultron: as far as villains go, I think he’s my favourite Marvel one so far. I wasn’t totally clear where he came from — Hydra is working on artificial intelligence and just lets it go out into the world, and Tony uses that as a blueprint? Is that right? — and I wasn’t sure why test 40 or 60 or whatever worked when none of the others did. But it did, and what we ended up with was a wise-cracking, utterly insane character who could be anywhere and everywhere at once.

I feel his twisted humour only adds to Ultron’s overall menace. He’s the type to say something witty one minute and crush someone’s skull the next, because he’s essentially Tony Stark minus the humanity and a liiiiiittle bit of the sanity. I especially enjoyed the part where he’s like, “And now I’m gonna reveal my whole evil plan. Psych! VIOLENCE INSTEAD.”

But he did raise one question for me: did he have the right to exist? At the risk of sounding like a first-year philosophy student (except I never took philosophy in uni, so the joke’s on you), it was René Descartes who said, “I think, therefore I am.” That could be taken to mean, “Since I’m thinking, that means I exist.” But on an even deeper level, I think it means, “I’m thinking, which means I exist as a person.”

Ultron was born confused. We see right away that his mind is twisted, that he sees the world through a lens that may be accurate but doesn’t include a filter for mercy, compassion, and all those other human emotions that make us spare the rod no matter how flawed we are. He tells the Avengers, “I know you’re good people. I know you mean well. But you just didn’t think it through. There is only one path to peace… your extinction.”

And we know he feels like a puppet (“Stark asked for a saviour and settled for a slave”), so it’s perfectly natural that his first act is to free himself from the control of his makers. After all, doesn’t that sound like something a person would do? So the follow-up question is, should the Avengers really have killed him, or should they have reprogrammed him to become the person he was meant to be: a protector, a guardian, an instrument of peace in a time of war?

The two avenues that were explored in Avengers 2 were those of motherhood and romance, which are pretty much the baseline for female characters as a general rule. Natasha can’t have either of those things: the former because her initiation into the Black Widow program required sterilization, and the latter because Banner doesn’t feel capable of having any kind of normal romantic relationship with anyone. 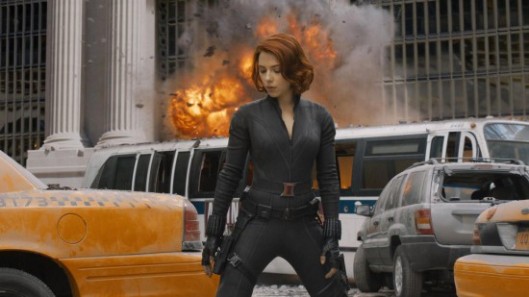 As far as motherhood goes, again, I’m a little bit torn. I did like that she’s Auntie Natasha to Barton’s kids and that she spends so much time hanging out there with them. But then there are moments like when she’s on the motorcycle and grabs Cap’s shield, and she says, “I’m always picking up after you boys.” I can’t decide if that’s a beautiful moment in which she realizes the Avengers are her family or a tragic moment in which her character is reduced to the mother hen of the group.

With the romance, I do understand that she’s lonely, partly because she has no family and never can. I get that she feels like a monster, and it makes sense for her to connect with Banner because he feels the same about himself. I also get that her life is the Avengers, and if she wants any kind of closeness, it’ll have to be with one of her coworkers. All of that makes sense to me. But because it’s a standard movie trope for the single female character to end up with one of the dudes, my first instinct is to hate it because other films have trained me to see it as cliché. 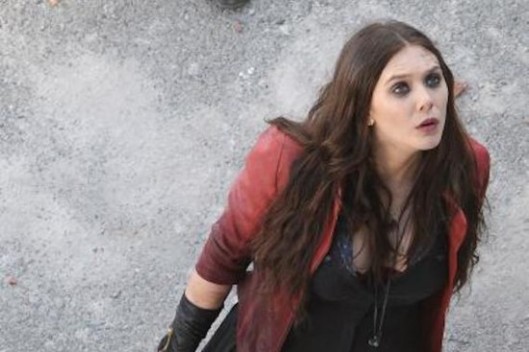 I enjoyed the fact that Hawkeye got more screen time this film. He always seems to be the underserved member of the group, and the fact that he had a family this whole time just underscores that. Even the Avengers looked kind of shame-faced when they found out. Barton may keep that part of his life under wraps, but since Natasha knows, it’s pretty clear that if they’d taken the time to know Barton a little better, the rest of the team would’ve known too.

“There’s more to my life than just arrows and running through forests, you know.”

As the rest of the critics so astutely pointed out, even a blind person can see that the movie was definitely headed in the direction of Hawkeye dying. We explore his story, we meet his family (including a very pregnant, supportive, and worried wife), he makes plans to further renovate his home. In the Whedonverse, these are all road signs reading DEAD AHEAD.

So the fact that no one important died left me feeling let down because the stakes were never actually as high as they seemed. Only Quicksilver died, but let’s face it, he’s kind of a B-lister in the overall story. I did enjoy the interactions between Hawkeye and Quicksilver; what I did not enjoy, however, was the “You didn’t see that coming?” when Quicksilver soaks up all those bullets.

Yes, I get that Hawkeye was meant to be the red herring so that Quicksilver’s death would be more impactful because he’s also supposed to be an Avenger or something. But because I didn’t know Quicksilver before, and because his entire past is “tell, not show” (the opposite of any creative writer’s maxim), his death had no impact on me whatsoever apart from irritation. He could’ve easily knocked those bullets away instead of taking them, so his death only felt cheap. 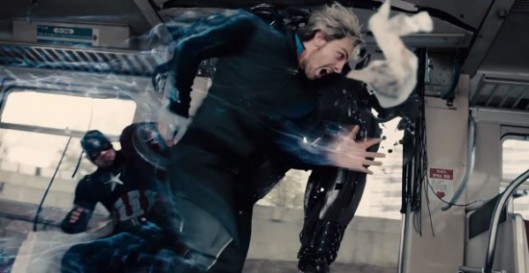 Looks faster than a speeding bullet to me.

Tony is still dealing with some of the consequences of his past actions, as we saw by the mere existence of the Maximoff twins. (I also agree with Thom; there was no closure for the twins, we didn’t see their story for ourselves, and I think the greater story suffered for it.)

This fear was used as the impetus behind his current actions, because he’s so consumed by fear that he inadvertently puts all of humanity in jeopardy trying to keep it safe. But I also felt like there was some arrogance in there, too: he thinks he knows better than everyone else what humanity needs, so he doesn’t tell anyone but Banner until it’s too late.

On that note, I really enjoyed the fight between Iron Man and the Hulk. The movies have really built up the relationship between the two of them and made it clear that they’re compatible on both mental and personal levels. This is the first time that’s been challenged at all. Tony clearly doesn’t want to fight Banner when he starts smashing up a city, and every time he lands a blow he looks more than a little afraid that he’s beating up his friend.

And possibly something more, judging by the intensity of that stare.

But out of that fear comes something good: the Vision. I wasn’t entirely sure who the character was in the comicbooks or why he mattered, but I did understand (as I was meant to with the foreshadowing of everyone trying unsuccessfully to lift the hammer) that he was pure, even more so than Rogers, and that we could trust him right away. I have no idea what he means for the greater Marvel storyline, but I fully expect we’ll see him again.

So here’s the big question I was left with when I walked out of the theatre: what does all of this mean for Captain America: Civil War? From the sounds of it, there are some Incredibles-level machinations going on in Congress (Senate? House of Commons? I have no idea how American politics work) to keep the Avengers from smashing everything up. And I know there’s meant to be a feud between Tony Stark and Steve Rogers as a result.

I saw the beginnings of this conflict in Age of Ultron. Tony’s focused on the future, but he’s blinded by arrogance and fear. Steve’s still mentally stuck in the ’40s, no matter how hard he tries to adjust to his new world. Tony’s all about innovation. Steve prefers doing things old school. These things wouldn’t be a problem if Tony hadn’t just unleashed Ultron into the world.

The threat of Ultron actually didn’t seem as potential-global-disaster-y as I expected it to be. Yes, I know a meteor would’ve shattered most of the planet. Yes, I know billions of lives were in danger. But to me, this seemed less of a face-off against a mortal enemy and more of a lead-in to an even greater threat. And that was proven with the mid-credits scene: Thanos donning the Infinity Gauntlet and saying, “Fine. I’ll do it myself.”

Age of Ultron links together all the Marvel movies thus far, which have been about the Infinity Stones in some way or another. Only now do we, the casual moviegoing audience (well, the ones who can’t connect the dots, anyway), see what Marvel has been leading up to: a massive confrontation between the heroes and villains of the universe. And it’s not much of a guess to say that the divided Avengers will pose a problem in this massive conflict.

I don’t have the in-depth knowledge that the sweaty nerds do, but I can and will say this — Avengers 2: Age of Ultron is and will be my favourite movie of the year. It represents a significant chapter in Marvel’s cinematic universe, and I’m metaphorically sitting on the edge of my seat waiting for the next one.