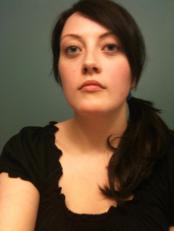 Whenever I do, it feels like conceding weakness. “Oh, yeah, I miss that time way back when… man, wasn’t that a good time to be alive and doing things?” It seems like, once those things have happened, it’s time to move on and do other things that you’re not allowed to be nostalgic about, either.

For example, do I miss being a teenager? Yeah, sometimes I do. I miss life when it was less complicated. I miss not having it all figured out and having the freedom to be anything I wanted to be (except, like, a doctor or something, because I’m pretty sure you need more than a 67 in biology to be allowed to cut people up).

2013 was a year of figuring out what the rest of my life is going to look like. I know what I’m going to do and who I’m going to do it with. I have a plan. I have goals. Hell, I even have finances now, like I’m some kind of grown-up or something. When did that happen? Last I checked, I was a twenty-something just trying to get through university without having another mental breakdown. Then I looked up, realized I was going to graduate in four months and plan out what was going to happen after that, and discovered I was actually (however mildly) prepared to cope with it.

But this isn’t about life. It’s about movies.

GOO Reviews has been up and running for a whole year now. How crazy is that? This thing started out as a classroom assignment, and here it is getting actual people visiting it like it’s Cracked or something (a girl can dream, can’t she?). We haven’t made big business plans for the future or anything (we’re not THAT grown-up), but there’s some wisdom to the whole “you have to know where you’ve been before you can know where you’re going” thing. So let’s get nostalgic and crap for a minute, and we’ll check out some of the stuff—good and bad—that happened in 2013.

5. Star Trek: Into Darkness
I’m just gonna refer you to my review, because it was one of the better reviews I think I’ve ever written, and it’s far more thorough than I could ever be in such a short space. Let’s just say that Benedict Cumberbatch is fantastic, as per usual, and damn, does he make bad look good.

4. Hot Fuzz
I’m not a big fan of cop movies, but I loved this one. It’s a mixture of dark comedy and fantastic action sequences, and the last twenty minutes or so are just wanton small-town destruction. It’s filthy and hilarious and some of the most fun I’ve ever had watching a movie.

3. The Hobbit: The Desolation of Smaug
I hate the fact that this entire series is just wandering around Middle Earth so we can see all the people and things inside it, but apparently that was the point of the story in the first place. So I’ma just let that go and say, “Dragon, you guys.” There was a dragon, and there were dwarves, and an elf named Tauriel, and Legolas and Lee Pace, and you guys there’s a freaking dragon.

2. Catching Fire
Accurate to the book and cinematically beautiful to boot. There’s a good balance between the political intrigue and the action in the arena, not to mention just some of the best costume work this side of a Baz Luhrmann film. Far better than the original, and anyway it’s got Jena Malone, who’s my new favourite thing.

1. Frozen
This movie. This movie, you guys. I can’t decide if this is my new favourite movie or if I still love Tangled better, but it’s a thing of beauty. Catchy musical numbers. Sweeping landscapes (some of them based on Canadian geography!). Idina friggin’ Menzel. Freaking “Let It Go.” I’ll be reviewing this in a month or so, at which time I’ll probably gush all over the place, so fair warning.

5. The Night Circus
This is an intriguing book of the sort that I never read: a bit steampunk with heavy doses of classic Victorian culture, all drenched in magic and set in a circus that patently doesn’t make sense. It was very well-written, which was especially impressive given that it was the author’s first book. I hope to get a chance to review it properly in future.

4. The Discworld series
So far I’ve read the first five or six books on the recommendation of a classmate, who named them her favourite series. She has excellent taste; I didn’t understand the appeal of the first book, but after that they got tremendously more sassy, incredibly clever, and all-around an absolute delight to read. Especially Death. That guy’s a hoot and a half.

3. The Cuckoo’s Calling
Hard, gritty protagonist. Well-crafted story. This was a dark mystery that kept me up late, that was so creepy by the end that I had to hide the book outside my room so I could get some sleep. It was twisted and unexpected and full of the kinds of things I never thought I’d see in a J. K. Rowling book—even after The Casual Vacancy.

2. The Casual Vacancy
This book is exactly what happens when an author creates the bestselling children’s series of all time and wants to branch out: murder, drugs, dirty politics, adultery, and a book that’s both clever and sobering and a very real insight into a society that operates in its own little world, a world of anger and jealousy and pettiness profound unhappiness. It’s one of the saddest books I’ve ever read, and one of the best.

1. The Fault in Our Stars
I didn’t think a book about cancer kids could have this much of an effect on me. But there I was at four in the morning, bawling my eyes out. It’s a book that’s both quirky and profound, and John Green absolutely nails teenage nature while drawing out the intense courage that people with terminal illness have to use at every moment. And it’s one of the best books I’ve ever read.

Image courtesy of the BBC.

I’ve reviewed this pretty thoroughly here, here, and here, but I always love a good opportunity to talk about it some more. I started it on Christmas Day 2012, and I watched the most recent episode on Christmas Day 2013, so I’ve had a full year to discover the magic of this show. A madman steals a blue box and traipses around space and time having grand adventures, and I got to have those adventures with him.

The Doctor Who Christmas Special

Image courtesy of the BBC.

After an incredible year of discovering who and what the Doctor was, it was a tremendous let-down to be presented with an episode in which Matt Smith’s Doctor makes his last stand on Trenzalore—a centuries-long standoff with races from across the universe, a war lacking in serious action (and don’t even tell me the Dalek fleet blowing up was action, because that’s no kind of payoff for such a long episode). The Doctor only grows older and older until he dies of old age, is permitted to monologue at length before his regeneration, and then sneezes so hard he turns into Peter Capaldi. And Capaldi isn’t even bovvered that he’s not ginger.

This movie, complete with a brilliant group of characters and an all-star cast, is a glimpse into a wild, untamed land, roaming across frozen fjords and windswept peaks to bring us the kind of cinematic landscape mastery that isn’t seen outside of a Peter Jackson film. It’s the story of a bond between two sisters, a bond that is weakened and fractured through secrets kept and words unsaid, but that is ultimately strengthened through selfless acts of love on both sides. And this is a movie that was never meant to exist. Based on Hans Christian Andersen’s story “The Snow Queen,” the script went through multiple revisions and shelvings and re-revisions and rejections before it became what it is today: one of Disney’s finest stories, one that will stand the test of time because it, like the bond between Elsa and Anna, needed to experience bitter failure before rising to great and previously uncharted heights.

2013 was a year of looking forward to things. It looks like 2014’s shaping up to be that way, too. And maybe that’s what the rest of life is going to be like: rather than looking back at the last great thing, I can look ahead to the next great thing and be psyched about that.

On that note, How to Train Your Dragon 2 is coming out in June, you guys.