Why I’m watching… How I Met Your Mother 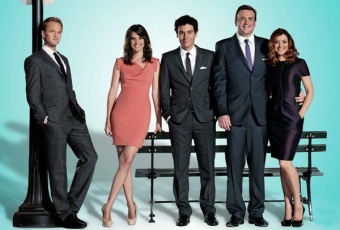 I’ve been watching HIMYM since… I guess it’s been, what, four or five years now? Right after I graduated high school, at any rate. It’s been a crazy ride, what with the incomparable awesomeness of the first two seasons and the middling-ness of the seasons that followed. More often than not it was a single episode every now and then, not an entire season, that rocked my world, made me believe in the magic of this show, and kept me watching.

My absolute favourite episode is season two’s “Slap Bet.” It had humour paired with serious relationship issues, the start of plot threads that continue to this day (the slaps, Robin Sparkles, etc.), and an indefinable charm that gets me every single time, even though I’ve now seen it dozens of times. I love the episodes like this, the ones that define for me what HIMYM is all about: not just the hapless Ted’s love life, but real, true friendships that only get stronger as the characters I love grow up and move forward with their lives.

Unfortunately, the season 9 premiere was not one of these episodes.

Where to begin? For starters, the entirety of the ninth and final season will take place within the space of 56 hours at Robin and Barney’s wedding in Farhampton, Land of the Bed and Breakfast. This means that each episode will contain approximately two hours of action condensed into twenty minutes. There’s one big problem with this: if I wanted to watch 24, I’d watch the damn 24. I don’t care about people sitting around on their asses, making meaning out of every single little thing that can and will go wrong at a wedding.

And on that note, who the hell decided that Barney and Robin should have a big scare about their Canadian heritage? Oh, yes, apparently they both have a cousin Mitch who likes to hitchhike using his middle finger instead of his thumb, and they spend the first half of the hour-long special trying frantically to figure out if they’re related by blood. First off, Canada is a big-ass country, America. Maybe there are only 35-ish million of us, but those are pretty long odds on us boinking our cousins unless we live in Ass-End-of-Nowhere, Saskatchewan.

The plot felt scattered—and yes, I’m aware that it was technically two separate episodes—but Tom and James’ divorce, the relative thing, Ted and Lily driving, the locket, Marshall getting stranded in Minnesota and trying to get back to New York, his mom being absolutely idiotic about Facebook, Robin and Barney trying to figure out which of their relatives would ruin the wedding (it looks like it’ll be Ted, actually—quelle surprise)… it just felt like a lot happened without anything of substance really happening, aside from us finally getting a good look at the Mother. 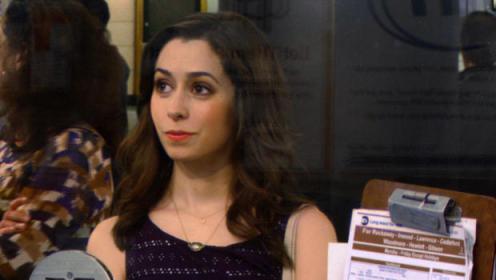 The Mother was really the only watchable part of the entire episode. Right from the start she had me hooked, and not just because she’s the titular character we’ve been waiting for. She’s adorable. She gives hugs to complete strangers, she has driving gloves and likes to stop at pointless tourist locations (much like another, far less adorable protagonist), and she makes cookies called “sumbitches.” I love that we’re going to see who she is before Ted does, because that will only make the ending stronger when they finally get together (as we now know for certain that they do).

So now, here are my predictions for the season. Marshall will take forever to get to Farhampton and the baby actor who plays Marvin will probably be walking by that point. Lily will be drunk and obsessed with a) her baby, and b) a wedding that’s not hers. Robin already seems to be having some doubts about the wedding. I’m thinking she’s gonna bail, or try to, in the middle or second half of the season. Everything’s gonna go really wrong, then she and Barney will patch things up and they’ll get married. Ted will be sad, but he’ll find closure with Robin, and then he’ll meet the Mother once he’s emotionally ready and has finally closed the door on the relationship that we’ve known isn’t going to happen for nine friggin’ years.

And Barney? I’m really, really hoping for the best, but I think his awesome days might be behind him. I’d tell you to wait for it, but he’s done waiting. And after nine years, so are the rest of us. Let’s get to the rest of the season already.