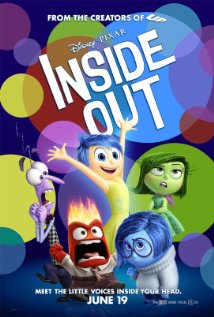 To varying degrees, we’re all creatures of emotion. When I was younger I believed I had more right than anyone else to have emotions, and, more specifically, to channel those emotions in whatever way I saw fit. After all, what did the other kids in my class know about loss? What did they know about feeling unloved or unwanted?

In my young and narrow mind, I believed they knew nothing. And as other children do, I even went so far as to believe that I was the only one in the world, that no one else had feelings, that only I could experience the world as I did. I lacked empathy, or the basic understanding of others’ emotions and the will to feel the same way.

Empathy, as with most things, came as I grew older and as I learned that others did, in fact, have the same association with loss and rejection as I did. So did the ability to understand my emotions and the reasons behind them. It was no longer enough just to feel sad or angry: I had to know why I felt the way I did, which led to understanding, which led to (hopefully) not taking those emotions out on others.

But when I was a child, with emotions so much fuller and so much more untameable, this maturity was beyond my grasp. All I knew was that I felt angry, or fearful, or happy, and I didn’t know how to keep my emotions inside where adults told me they belonged. So instead of keeping it all bottled up, I let the inside out.

Pixar’s Inside Out is about exactly that. It’s about our rudimentary understanding of emotions when we’re young, our struggles to keep them in check, and our developing maturity as we grow to recognize not only our emotions, but also the emotions of others.

Riley is an 11-year-old girl whose family has just moved from Minnesota to San Francisco. Up till now she’s been a happy-go-lucky kid with five major facets to her personality, each represented within her head as an island: Family, Honesty, Hockey, Friendship, and Goofball. Each characteristic is formed as the result of a core memory, which define her as a person.

The emotions living inside her head — Joy, Sadness, Fear, Disgust, and Anger — are worried about how she’s going to handle the transition. But Joy, the leader of the group, is confident that with her at the control panel, the emotions can keep her happy. This is especially important because Riley’s mom, sensing her husband’s stress, has asked Riley to be as happy as she can to make things easier.

The only problem is Sadness, whose powers seem to be growing stronger for no explainable reason. Riley starts out the first day of school optimistic, but due to Sadness’s fumbling, she cries in class when she talks about her home in Minnesota.

This is right up there with calling the teacher “Mom” by accident.

This forms a new core memory, which alarms Joy given the fact that the five original memories were all happy ones. In their attempts to fix the situation, both Joy and Sadness are accidentally sent to the long-term memory banks—taking all the core memories with them.

Joy and Sadness, with the help of Riley’s old imaginary friend Bing-Bong, try to get back to Headquarters to fix the problem. But Fear, Disgust, and Anger are managing Riley’s emotions now, and their attempts to mimic Joy only make the problem worse: she fights with her parents, her hockey tryouts don’t go well, and she feels as if her best friend has replaced her.

The remaining emotions believe that since Riley’s core memories were mainly formed in Minnesota, she needs to return there to create new ones. So they give her the idea to run away. This causes most of Riley’s islands (or her personality) to disintegrate, making it much harder for Joy and Sadness to get back to head office. At the same time, it’s also making her a cold, broken shell of a person who looks nothing like her former self.

Joy and Sadness succeed in getting home just in time. Sadness is able to take control, stop Riley, and bring her home to her parents. Riley then confesses to her parents that she isn’t the happy girl they want her to be, and that she’s been feeling sad ever since they left. They admit that they miss home too, and together the family finally allows themselves to feel melancholy about the home they left behind. This forms a new core memory comprised of both Joy and Sadness, indicating that Riley’s emotions are becoming more complex — and that she’s growing up.

The film ends with the emotions helping Riley through her hockey game. A new control panel is in place with much more complicated emotions (as well as a big red “Puberty” button). We see the day’s memories ready to be logged to long-term memory, most of them tinged with two colours. We also see inside other people’s heads and a glimpse into how they operate, both as a touch of humour (which is necessary after all the crying) and as a nod to the empathy we all possess.

The interesting thing about this film is that, for once, I can’t analyze most of the characters. This isn’t because they’re badly written or because I don’t understand them, but rather because all of them combine to create the character of Riley. Their own emotions, thoughts, and actions all belong to Riley, who’s just trying to figure out why she feels the way she does.

Answer: these guys. Not very comforting, is it?

Riley in and of herself is not a particularly special person, and I think that’s why I like her so much. She represents the essence of childhood. I mean, look at her islands: Family, Honesty, Hockey, Friendship, and Goofball. Those aren’t the islands of a well-rounded person, because she isn’t one yet. Those are the islands of a child who’s still trying to figure out what the world’s all about and what kind of person she wants to be. And that’s why it’s so much more alarming when those islands crumble, leaving only the precariously shaky Family behind.

But new islands are built, like Vampire Romance Novel and Boy Band. Yes, they’re silly and we roll our eyes at them. But we all had islands like that, no matter how much we might like to pretend we were always cool, well-rounded adults. I still keep my Disney and Harry Potter islands, and I’m not ashamed of activating them. 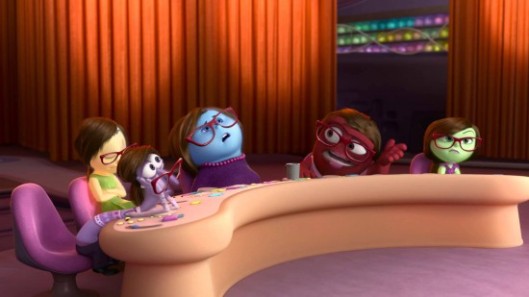 “Is she seriously reading more fanfiction?!”
“I wish she’d just let us go to bed already.”

And maybe that’s another thing that wasn’t directly referred to but could still be inferred. Inside our heads, we are who we are. Our memories and emotions shape us, and when we try to fight who we are, the only person we’re hurting is ourselves. It’s important to think about who we want to be, not just when we grow up but right now, or we’ll become a person we don’t recognize.

Inside Out gives us one interpretation of why some people are the way they are. Maybe they’re lacking one of the basic emotions, or maybe they just have different aspects of their personalities. Maybe they don’t have any personality at all, rendering their emotions effectively useless. Of all the perils represented in the film, even taking the giant clown into account, that idea was the most terrifying. 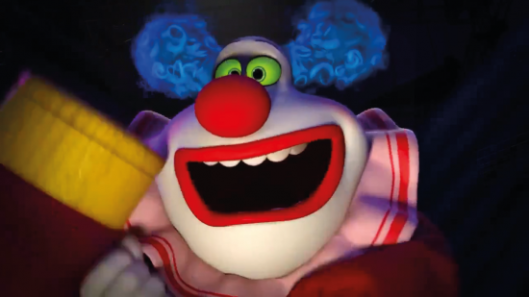 Although this is right up there.

In my opinion, we all have more or less the same emotions. Some might be quieter than others, depending on what our lives have been like and whether or not we’ve given free rein to one particular emotion. But there’s nothing wrong with that, as long as one emotion isn’t ruling our lives. As we saw with Joy, even too much of a good thing can be bad, because balance is a vital part of our mental and emotional health. By denying ourselves certain emotions, we risk not being able to feel anything at all.

I’ll give you an example. A few months ago, I received news about was an issue that had long been creating emotional stress. This news overwhelmed me with sadness and fear, because I lost something that had been a key part of my identity for a long time and because now I would never be able to resolve the situation. There was some anger mixed up in there, too, because it was old news but new to me, and I was angry for not having known sooner.

But I couldn’t face these emotions. They were too strong for me, too conflicting, too much to handle. So I shut them off. And every so often they would come bursting out of me — thankfully, mostly when I was alone. During that time I realized that I was allowed to feel the way I did. The only thing I wasn’t allowed to do was use my emotions against other people. So by expressing those emotions in short, intense bursts of sadness, fear, and anger rather than all at once, I eventually found my way back to emotional equilibrium, if not closure.

Pixar took a complex idea and expressed it in a way that even children can understand: emotions are hard to manage and impossible to see, except when they’re released and cause damage. But control is not the problem; maintaining a balance is. There’s nothing wrong with feeling happy, sad, afraid, disgusted, or angry. It’s only wrong when we allow those emotions to jostle their way to the front too often and make themselves heard to the exclusion of everything else.

Unfortunately, this particular moment is one for sadness. I’m sorry to say that this will be my last review. You might have observed over the last year or so that my reviews are posted increasingly later and later when we profess to update on Saturdays. My life has taken some positive turns lately, both personally and professionally, which have resulted in less time to spend on things like this. And rather than keep posting reviews I’m fully aware aren’t my best work, I’m leaving you in the capable hands of Thom, who will hopefully continue to bring you to laughter and tears in the following months.

Hopefully more of the former, although the latter is just so darn adorable in that turtleneck.

It’s possible you’re happy to see me go, or sad, or afraid, or disgusted, or angry. And there’s nothing wrong with any of that. In fact, there is nothing wrong with feeling the way you feel about anything, and no one is allowed to tell you what you can and can’t feel. After all, you can’t control it and you shouldn’t have to. The only thing you need to control is whether or not you let the inside out.