I don’t think it’s possible to talk about The Amazing Spider-Man without first talking about the Raimi-Maguire-Dunst-Franco movies that preceded it by a mere five years. In fact, I know it’s not.

I’ll never forget how it felt as I watched the Green Goblin, sputtering away on his now-damaged goblin glider, barely escaping his first encounter with the man who would become his mortal enemy, and proclaiming, “We’ll meet again, Spider-Man!”  I’ll never forget that definitive, pinpoint moment where I knew that we’re still going to have to settle for the same old superhero movies. Because nobody would say something like that in real life.  Not even supervillains (and don’t even try to tell me that supervillains don’t exist in real life).

It was the year 2002, the first X-Men movie had been released a scant two years previous, and after a decade in decline — a decade that gave birth to the likes of Lois & Clark and Batman & Robin — there came to exist a spark, a sudden and razor-sharp glimmer of hope for the live-action superhero concept in the wake of the unexpected success of Blade near the end of the previous century (Remember those movies?  Remember Wesley Snipes?). Headlined by what would become one of the biggest superhero movies of its time, the summer of 2002 was, in many ways, the summer of Spider-Man as the character exploded back into the public consciousness. And I hated it. 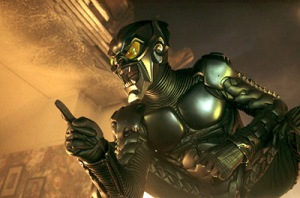 No… nobody can hear you through that helmet.  You might as well not even exist.

While I’m willing to admit that Sam Raimi’s Spider-Man trilogy played a huge part in moving the superhero movie back to a place of viability, it didn’t in any way even try to advance the superhero movie itself. They’re a quaint, banal and superficial series of movies that are more concerned with forcing the same stories down our throats rather than telling those stories with any grace or elegance, and they’re almost extreme examples of stories that are out of touch and very much of their own world. If nothing else, I was excited at the prospect of The Amazing Spider-Man for my misgivings about the original trilogy. Combined with the newer movie’s’ stated goal of contemporizing the franchise, the comparative superiority of the actors involved, and just how much I loved director Marc Webb’s (500) Days of Summer, and you had a Spider-Man movie that I was genuinely interested in.

Now let’s see how that went.

Peter Parker is you’re average, awkward teenager, just trying to get through high school without being beaten up too badly. Except he’s a genius… and kind of handsome in a way that a lot of girls like… and he was recently bitten by a genetically modified spider… and his uncle/surrogate father’s just died, teaching him a valuable lesson in responsibility. So kind of none of those things I said before. But he does have a dark past, his parents having abandoned him at a young age under mysterious circumstances, and as he explores who his parents were and his scientist father’s work, he finds himself in a world much bigger and more dangerous than anything he’d expected. So good thing about those spider-powers then.

As much as I’ve railed against the unnecessary alterations that have been made to some of our greatest superheroes in moving from page to screen, and as much as respect for the source material has been a key component of the success of the better superhero movies, it’s also true that the strongest superheroes are capable of standing up to and even embracing reinterpretations and right-headed contemporizations. Whether we’re talking about Batman Beyond or Spider-Man 2099, there are just certain characters that so effectively combine pure, primal concepts, evergreen story elements, and recognizable silhouettes that we’re almost always going to be along for the ride, at least for a little while. This time around, the producers decided to pay more attention to Peter Parker’s orphanhood, and as much as the mystery of his parents’ disappearance may fall a little flat, it also informs a Peter Parker who’s always a little more fearful and on edge than the Tobey Maguire variant. Andrew Garfield’s Peter is never really comfortable in his own skin, and not just in a way that science nerds worry about their acne. He’s socially awkward, with nervous reactions and guarded looks, and you get the impression that he rarely lets people get close. He’s sometimes outright angry at the world around him, and it’s an overall more realistic approach to the character that’s much more palatable than the Rod-and-Todd-Flanders-esque Peter Parker we usually see. 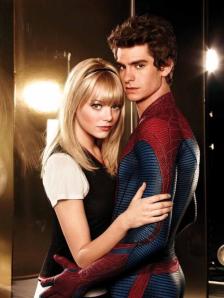 Similarly, the world around him is a lonely place, and as much as Peter may believe in saying and doing the right thing, it’s also obvious that he doesn’t usually win, and not just in the way that the universe is against him so much as it’s passing him by while he tries to hide. It’s not until he’s introduced to Emma Stone’s Gwen Stacy that his world starts to open up, and in a lot of ways she’s clearly the light that not only leads to Peter’s salvation, but to the literal powers he needs to self-actualize, even as her police Captain father (Dennis Leary) opposes his vigilante exploits at every turn. Stone brings an almost angelic quality to Gwen that’s still fundamentally grounded, connected, and approachable (and I love her outfits). Meanwhile, Captain Stacy’s final, damning plea to Peter that he leave Gwen out of his heroic exploits is no doubt something that will haunt Peter should the inevitable happen.

Really, the key for any story to work, superhero or not, is for that story to build sympathy for its characters. In The Amazing Spider-Man, it’s important that we feel for Peter, that we understand what he’s going through and the sense of abandonment that pervades his existence, and that we almost feel betrayed by the universe when his uncle dies and he realizes that he could have prevented it. It’s just a little too bad that we’ve never really had a strong portrayal of Ben and May Parker. While the movie does a pretty good job of selling Uncle Ben’s death <spoiler alert?> (and so does the original one, really), we never got to spend enough time with him to really miss him. Peter’s Uncle Ben should be our Uncle Ben, and without that connection, a large part of the movie’s emotional potential is lost. Although, at least in this one Peter didn’t immediately run off, leaving his Uncle’s dead body to the crowd right after he died. That was pretty cold. Still, Peter’s overall life is both one that we wouldn’t wish on anyone and one that, in one form or another of absent parenting, we see all too often in real life, and at least Spider-Man’s civilian life is populated by reasonably rich characters and meaningful events.

And then there’s the rest of the movie.

Upfront, I’ll say that I was impressed by most of the action sequences, though the slightly muted colour palette and dark overtones sometimes make it hard to see what’s going on (given Electro’s powerset, that’s something I expect to see less of in the sequel). Spider-Man moves with a dexterity and speed that defies humanity, and watching him swing through the city and fight hulking supervillains really gives you a sense that the director really thought about what it would be like to have these powers and do these things. More than swinging across rooftops and punching out bad guys, this is a Spider-Man that slingshots himself through tiny openings in the New York City skyline, uses his web lines to pull himself out of danger as often as to swing between buildings, and otherwise does things with his abilities that aren’t always obvious.

Look man, just ’cause you’ve got skin problems doesn’t mean we all want to be mutated lizard people. I don’t know where you got that plan from.

Where The Amazing Spider-Man really begins to falter, however, is in trying to be a full-fledged superhero movie. The realities of Peter’s life (even including the exploration of his new powers) stand in stark contrast to the plot that lurches forward into the standard hero vs. villain formula, where mega-corporations pull their funding, scientists lose hope and experiment on themselves, and weirder stuff than normal starts happening in the sewers of New York. I’ve always felt that the Lizard is one of Spider-Man’s weaker enemies, and as much as the screenwriters may have found a reason for Dr. Curt Connors to tie in more tightly to the overarching mythology, a scientist whose primary motivation is his missing arm is still a fairly superficial idea. While the nearly father-son relationship established early on between Peter and Connors works better than it has any right to, the Lizard himself becomes little more than an over-the-top super villainous cliche whose plan boils down to the ridiculous notion that everyone else should also be a lizard.

And then there’s the whole crane operators helping Spider-Man swing his way to Oscorp to face the bad guy thing that falls completely flat and is way too sentimental and sappy for what this movie’s going for. It’s a corny and impersonal resolution to the tiny subplot introduced in the bridge scene, one of the film’s better portrayals of Peter as a true hero:

The Amazing Spider-Man is a movie with a lot going against it if for no other reason than the long shadow cast by its predecessor. It’s a movie that’s somehow less than the sum of its parts despite landing most of the character beats of the story, and even satisfyingly wrapping its main emotional arc with Uncle Ben’s closing monologue that never has to directly say the old ‘with great power comes great responsibility’ line. In some ways, it’s not really a superhero movie, the super-human elements serving almost to distract from the main piece. It’s got all the elements of a good movie, but it also doesn’t know what to do with or how to reinvigorate the more traditional and tired elements of the movie it’s supposed to be. Compared to its predecessors, this Spider-Man is far more worthy of a complimentary adjective, but I just don’t think Amazing quite fits.

-Upon not finding his name tag, the real Rodrigo must’ve reacted pretty violently at Oscorp if things went so far that they needed security to throw him out.

-Bing? Really? Isn’t Peter supposed to be, like, an expert in algorithms or something?

-I forgot about all the Sony Ericcson product placement. Now that Sony’s finally making good phones again, we’ll see if the trend continues.

-Next week:  The Amazing Spider-Man 2 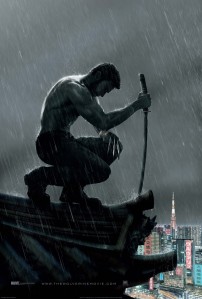 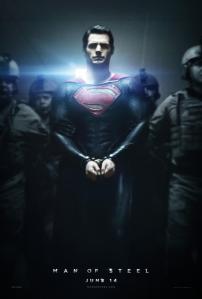 1 thought on “The Amazing Spider-Man”